Enroll in paperless billing today for a chance to win $250! 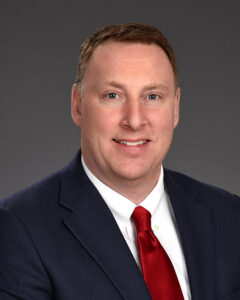 Have a question?  Ask The CEO.

Rob MacLean has served as SouthWest Water’s President and Chief Executive Officer since 2018.  He is based at the company’s headquarters in Sugar Land, Texas. Rob’s career has spanned over 25 years in the water industry, and he has served as a volunteer leader for various regional and national organizations.  During his tenure with SouthWest Water, Rob has led the company’s continued expansion and growth while focusing on employee empowerment and service excellence.  The Company’s internal motto, “We’ve got this!” is emblematic of the culture at SouthWest Water, where employees are empowered to get the job done for our customers.

Prior to joining SouthWest Water, Rob held numerous executive positions at American Water, including Senior Vice President, Eastern Division, and President of California and Hawaii.  In 2021, Rob served as Chairman of the National Association of Water Companies, where he served as a board member for many years. Rob co-chaired the National Utilities Diversity Council board until recently stepping down due to term limits. While Rob resided in California, he proudly served on the board of directors of the California Chamber of Commerce as co-chair of the Chamber’s Water Committee and a member of the Executive Committee.  Rob has also been an active and strong supporter of the California Water Association.  Additionally, Rob is a Silver Drop Award recipient for his long-standing participation in the American Water Works Association.