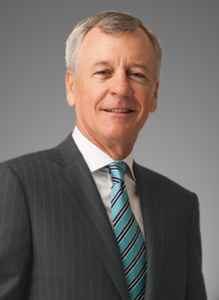 Art Beattie is an experienced board member, MBA and Chief Financial Officer with deep experience in financial reporting/disclosure, debt and equity capital markets, M&A and divestiture, enterprise risk management, financial planning, dividend policy and investor relations. Recognized as one of the best utility industry CFO’s by analysts who participated in Institutional Investor’s annual surveys in 2012 and 2013.

Mr. Beattie has broad experience with boards and management of diverse business units, cultivating a sense of partnership across the company creating a common sense of ownership and financial discipline that drives goal achievement and balances the needs of diverse stakeholders. Mr. Beattie retired as the Executive Vice President and Chief Financial Officer at Southern Company in 2018 after more than 42 years of service.  He rose to the highest ranks of the company due to his sound fiscal discipline, strategic ideas and strong professional drive.

Mr. Beattie holds a bachelor’s degree in finance from the University of Tennessee and a Master of Business Administration from the University of Alabama at Birmingham. He also has completed the Stanford Executive Program at Stanford University’s Graduate School of Business.  Prior to the sale of the company in 2009, Mr. Beattie served as a Board Member and Chair of the Audit Committee at Emageon, Inc.  He has also served on many non-profit boards, including the Alabama Power Foundation, the Alabama School of Fine Arts, the Alabama Trust Fund and the Greater Birmingham Salvation Army Advisory Board.